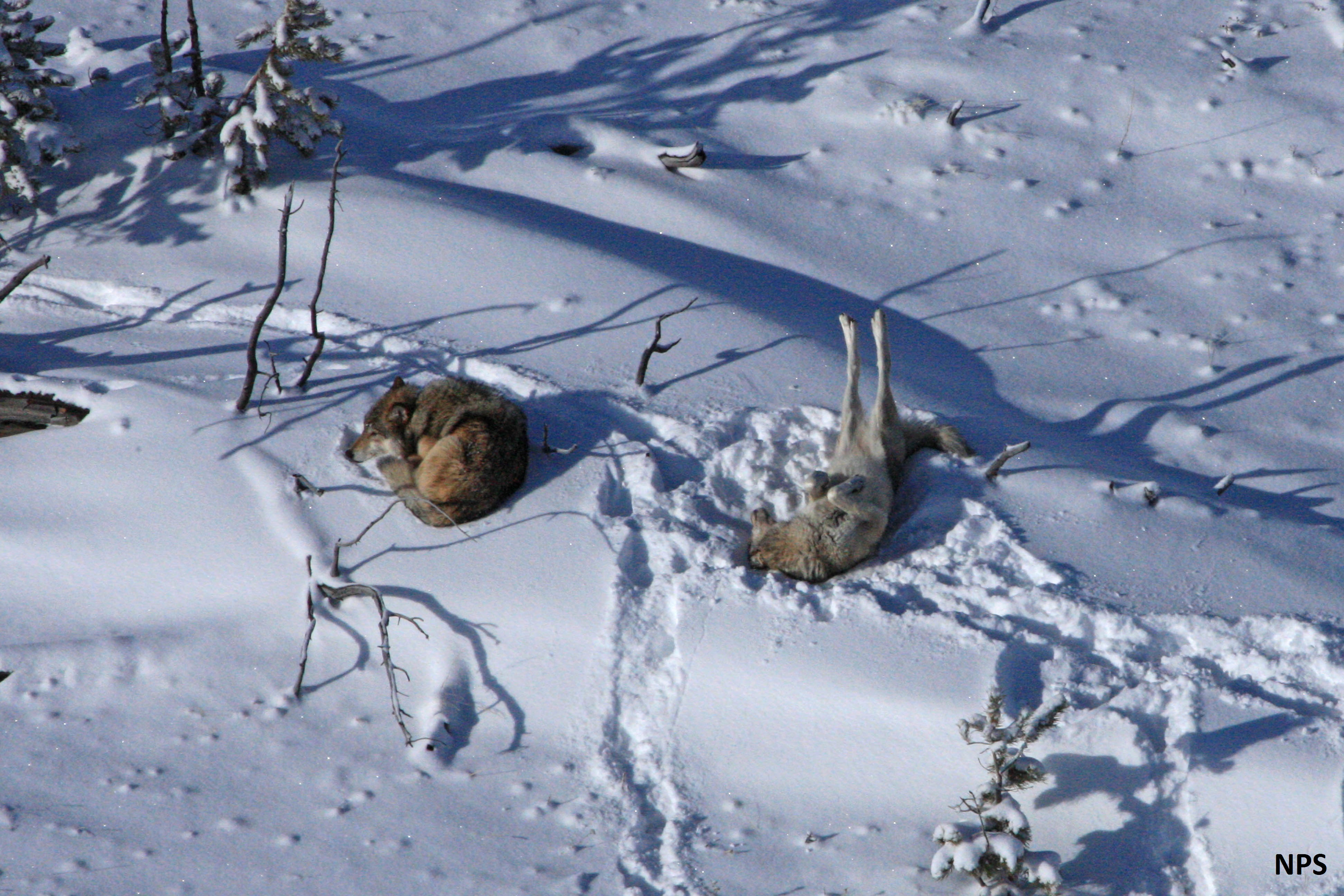 During November 2008, 6 males from the former Druid Peak pack and 4 females from the former Agate Creek pack joined to form the Blacktail Deer Plateau Pack. Wolves 693F and 302M were the original alpha pair until 302M was killed by other wolves (likely the Quadrant Mountain pack) in October 2009. Wolf 778M (collared in January 2011 and previously referred to as “Big Brown”) replaced 302M as the alpha male and maintained his alpha-pair status with 693F until October 2014 when 693F died of unknown causes. 778M remained the alpha male. The Blacktail Deer Plateau pack was the largest Northern Range pack in 2011 and 2012 with a high count of 15 wolves. The pack decreased in size substantially in 2013, primarily due to dispersal (at least 2 males), intraspecific-caused mortality (at least 1 female), unknown mortality (693F) and legal harvest in Montana (at least 1 collared female). After the long-standing alpha female, 693F, died in October 2013, the alpha male 778M traveled with 3-4 uncollared and unknown wolves including a gray adult female, a gray pup, a black pup, and 911M (gray adult male with class 1 mange). In early 2014, 911M left the pack and eventually joined the Junction Butte pack and the uncollared pups disappeared. 778M and the uncollared gray female did not den in 2014, and shortly thereafter, 778M was consistently seen alone, north of the park. [Updated 4/2015]