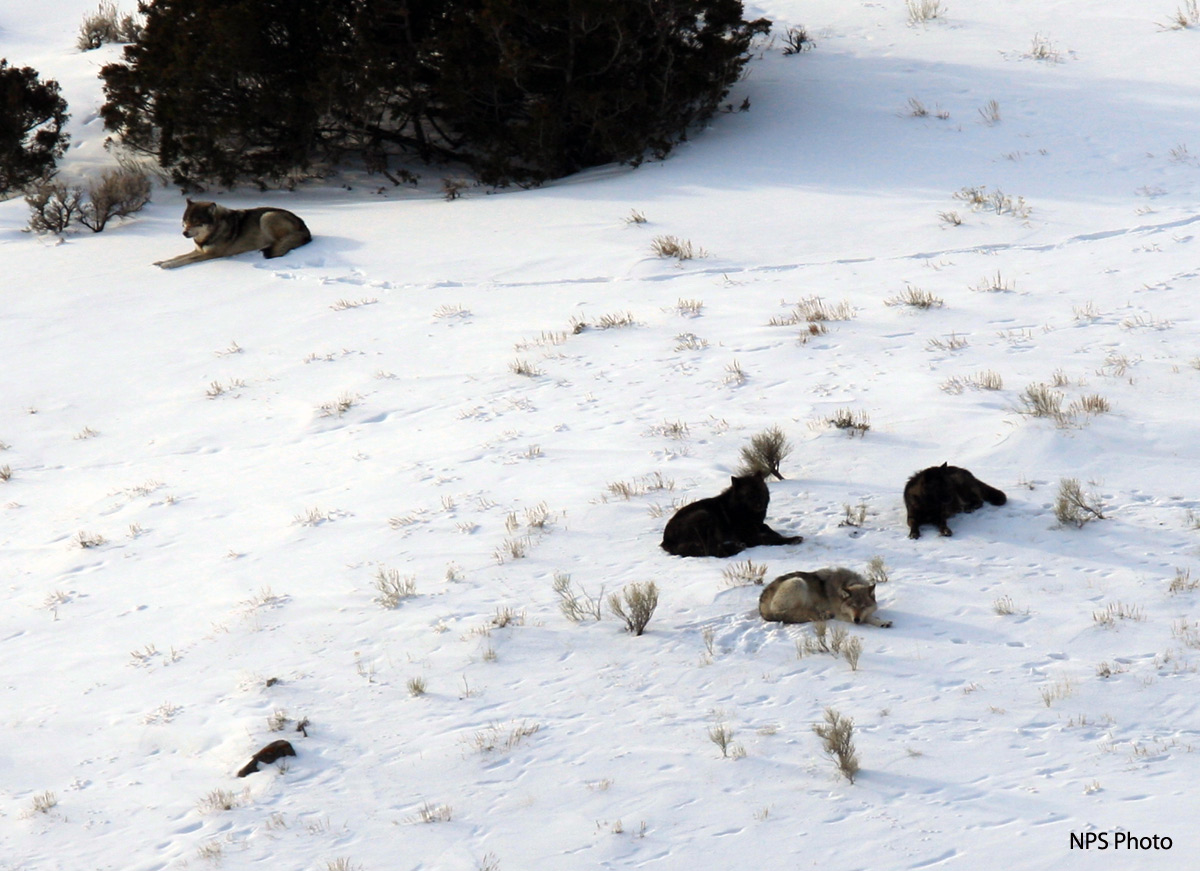 When wolf 469F dispersed from the Leopold Pack in 2007, she helped form and lead the later named Quadrant Mountain pack as alpha female in 2008. Her counterpart, alpha male 695M, was of unknown origin. While this pack had minimal territory overlap with other wolf packs, they periodically encountered the Canyon and Blacktail Deer Plateau packs and likely killed the Blacktail Deer Plateau alpha male (302M) in 2009. The following year, an uncollared black female usurped the alpha status from 469F and both females denned, albeit unsuccessfully. In 2011, the Quadrant Mountain pack was likely displaced by the 8 Mile pack, a pack whose previous territory was primarily outside of the park in Montana. Unique coat coloration has led to the speculation that three uncollared grey wolves from the Quadrant Peak pack became core members of the 8 mile pack, including the alpha female. This pack was officially designated as dissolved in early 2012.