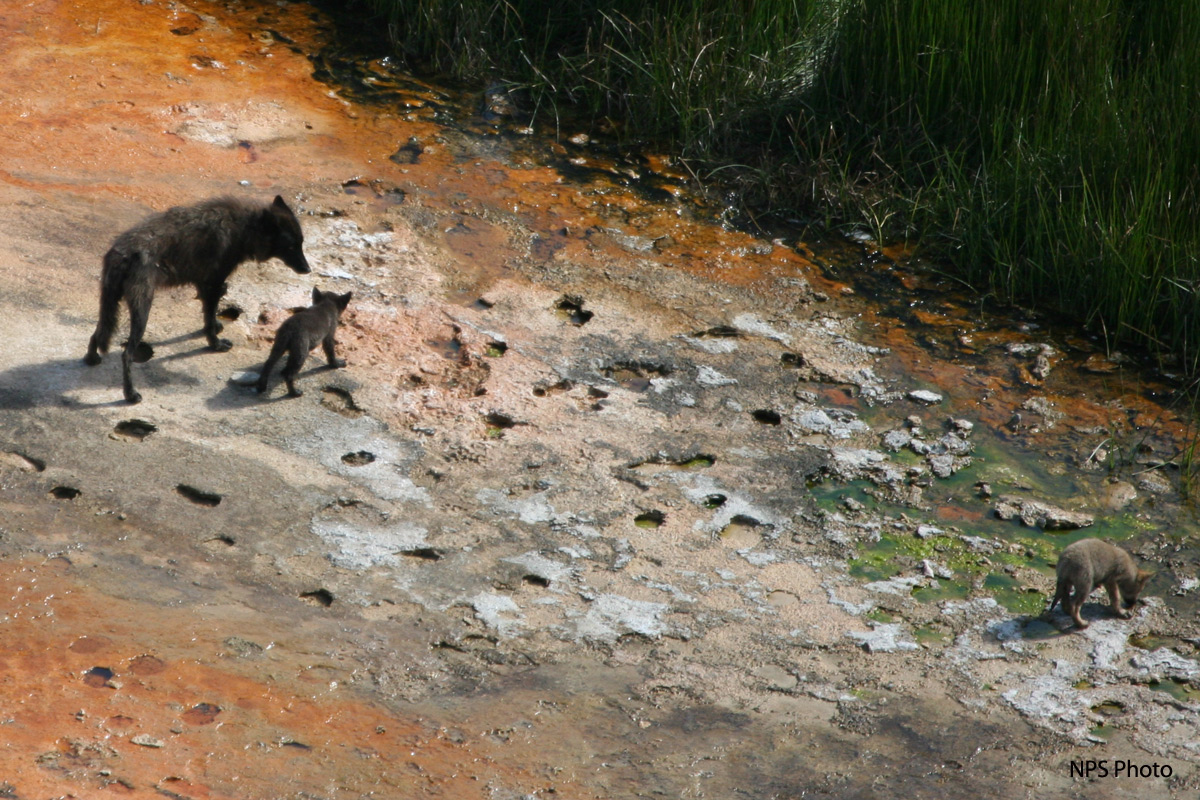 Beginning in 2006, this pack regularly dens just within the Yellowstone park boundary. Snake River Pack was often considered a Wyoming pack because it spent so much time outside of the park, providing a great example of how human boundaries are often unknown to wildlife. In conjunction with Grand Teton National Park, Snake River wolves are collared and pack counts and compositions occur via aerial monitoring. Currently, Snake River wolves are seen in the Thorofare and their pack is about 14 members large; we have not spotted new pups yet this year so the pack is likely larger. We are no positive about the exact ages of the uncollared wolves, but we make informed assumptions based on previous sightings. Snake River has rarely been seen in 2018 and 2019. Wyoming Game and Fish believe they are disbanded as of late 2018. [Updated 12/2019]