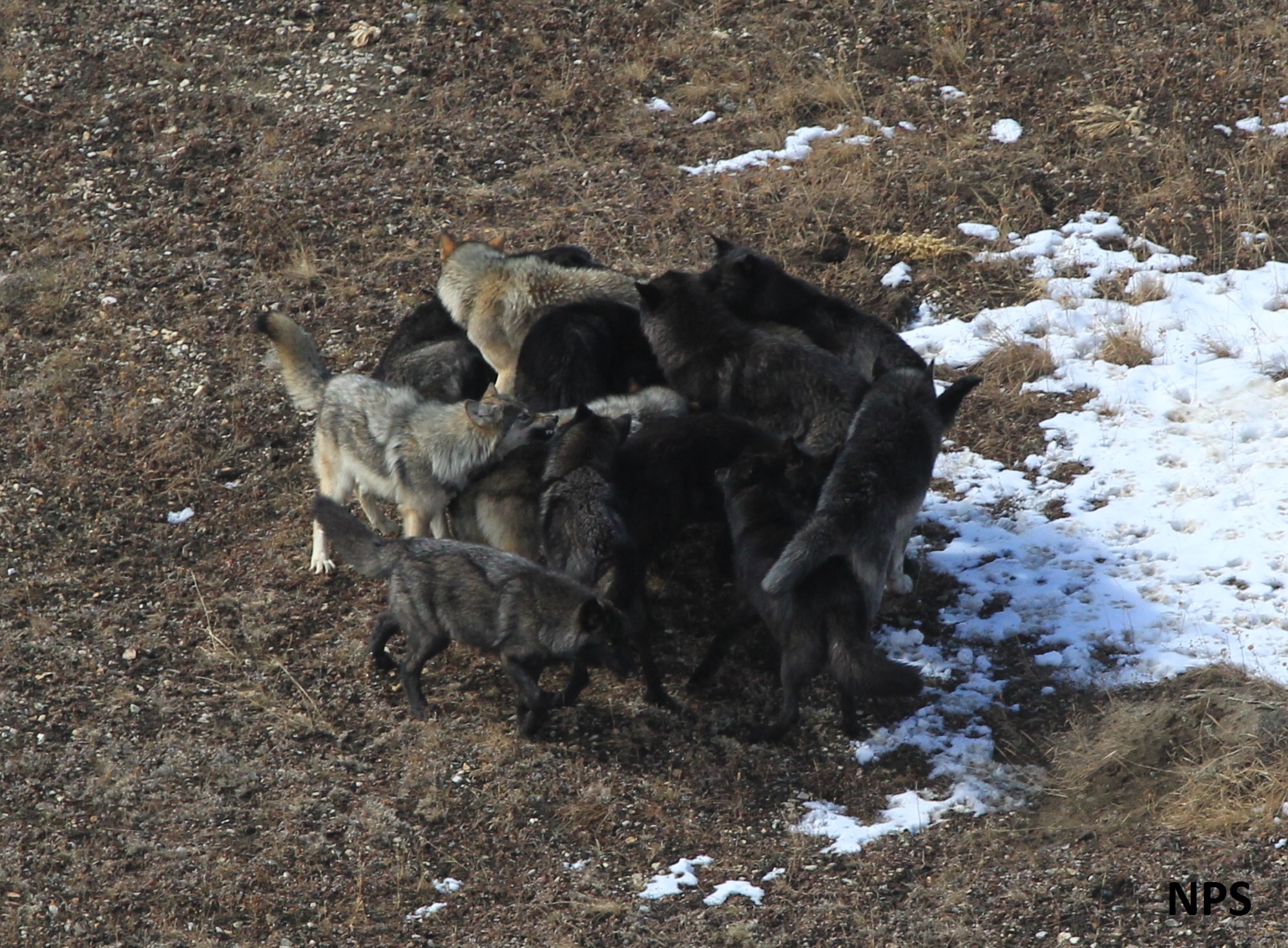 This pack formed during spring 2001 when a female from the Leopold pack (151F) dispersed and joined up with 2 wolves of unknown origin. Wolf 151F became the long-standing alpha female until she was injured in spring 2008, likely during an elk or bison hunt, and died in the fall of the same year at an impressive age of 10 years old. Genetics data identified 303M as the alpha male and primary breeder during 151F's tenure. The pack persisted as 478F (daughter of the previous alphas) bred with a dispersing male from the Gibbon Meadows pack (689M). Scat analysis and aerial flights have shown that wolves in this pack primarily consume bull elk year-round and supplement their diet with beaver in the summer and bison in the winter. Often hard to spot, this pack currently has an old-looking alpha pair. Pup recruitment has been low the past few years. 953F, a large gray female, has historically been with this pack but in April, 2017 her collared was found chewed off. We did not see Cougar Creek Pack much in 2017 or 2018 so their status and composition was largely unknown. 1116 was captured in 2017 and was the first hermaphrodite wolf ever captured in Yellowstone. 1116 was killed west of the park in 2018. In 2019, 1117M was recollared and 4 other Cougar Creek wolves were collared. This made it easier to keep track of this pack. It did not appear that any wolves from Cougar denned in 2019. It seems likely that 1117M and his mate, 1204F, left the younger wolves are have become two separate groups, but it is too early to tell at the moment if they are not different packs. [Updated 12/2019]